Herne’s artwork entitled OTHERTONGUE is an imagined language made of images and text. The artist, in collaboration with several others has compiled a list of invented words, symbols and their definitions through a variety of processes involving drawing, painting, wordplay and reinterpretation.

When creating OTHERTONGUE, Herne’s focus was on collaborating with as many other individuals as possible, including other artists and members of the public in order for the language to reflect the voice of many rather than something he created himself.

OTHERTONGUE was created during Herne’s residency at House Conspiracy- a new arts space in Brisbane. This video is the first 100 words within the OTHERTONGUE language. The artist plans to develop the language further through a range of mediums and processes in an effort to explore how languages evolve to the point where they are used in our everyday lives and culture.

OTHERTONGUE will be on display at the Judith Wright Centre from 24 August – 24 September, 2017 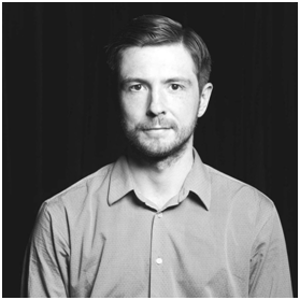 Liam Herne is an artist from Watford, UK who predominately works with photographic media and video.  He has shown his work in various locations around the world.  He currently works in Arts Education and is based in Brisbane, Australia.

Herne is a member of Flying Arts Alliance and is a Touring Artist Facilitator for the organization in 2017.  Herne also works and runs workshops for children at Hands On Art in Paddington as well as being Art Assistant at St Josephs College Gregory Terrace.