I have a friend who likes to make prank phone calls with a range of characters – a drunk telemarketer, a policeman with my recovered stolen property that I didn’t know was stolen, a little old lady in need of her television fixing – each more elaborate and ludicrous than the one before. When Stephen Clark, previous Executive Officer of Flying Arts Alliance, rang last year to inform me that I had won the Queensland Regional Art Awards Wayne Kratzmann Prize, I just assumed it was my friend doing another of his phone calls. Here I stand before you today, obviously not the recipient of a prank phone call.

While the main conceptual direction of my work focuses on the elusive notion of memory and the subtle nuances involved with this aspect of the human condition, it is also unapologetically regional. Regional areas offer an environment which can foster creative partnerships, promote networking and encourage an innovative spirit. Like our city counterparts, regional artists must become self starters, working hard to create a sustainable long term career.

For a regional artist, there are a number of major challenges including geographical isolation, marginalisation and a dearth of higher learning arts institutions. In recognising these challenges, we must also recognise that contemporary artists living and working far distances from the major metropolitan centres contribute to and stimulate the national arts discourse. It is in this context that the Flying Arts Alliance Queensland Regional Art Awards has the greatest impact for artists like me and my regional contemporaries.

Being the recipient of the Wayne Kratzmann Prize has had a profound effect upon me as a person and as an artist. This is especially true as I am an emerging artist. Although I may look a little older than most emerging artists, I did in fact graduate with a Diploma of Visual Arts in December 2011 and held my first solo in June 2012. I might flippantly blame turning 40 as the cause of my career change, but it is more about finding the courage as a shy person and single parent to follow a life-long dream.

I talk about courage here because according to the Australia Council for the Arts report ‘Do You Really Expect to Get Paid?’ published in 2010, the average income for a Visual Artist from their arts practice is $10,000 per year with the cost of living being $30,000. We know therefore, that it is not the financial reward that draws artists to the flickering flame of creativity. It is perhaps an obsessive passion partnered with drive and determination.

Creativity allows us to look at the bigger picture. It expands who we are as people and gives us a way to express what is often indefinable. Creativity teaches us that process and mistakes are often better than the outcome. It gives artists a voice for their story which connects to the experience of others. Creativity seeks a better understanding of the world and the stories in it.

As creativity is now my life choice, winning the Wayne Kratzmann Prize has been confirmation of the correctness of that choice. I have a new confidence that the off-beat and non-commercial works which I create have a place in the art world and so do I. That reward of confidence is beyond anything else and is pivotal to my going forward as an artist.

This is not to brush over the other benefits that I have received. The residency at Jugglers Art Space was the opportunity to have a full week dedicated to CREATIVITY, with the luxury of time to think and cement the areas of artistic interest. The $10,000 prize money – the annual income for an artist – has assisted me to take an installation work to Singapore, my first invited overseas exhibition. The remainder is set aside for a future overseas residency.

I don’t want to use the cliché that being part of this touring exhibition and the recipient of the Wayne Kratzmann Prize has been life changing; except that it has been. Life as an artist is made up of thousands of dogged little steps towards the next goal; and occasionally giant leaps. The Wayne Kratzmann Prize has been my giant leap. If I had dreamed this up, it couldn’t have been any better. I want to thank Curator Jan Manton, Board and Staff of Flying Arts Alliance, Wayne Kratzmann Foundation, Jugglers Art Space and the continued sponsors of the Regional Art Awards. And also to say – ‘thank goodness, it wasn’t a prank phone call after all!

View the video on Vimeo here.

The Governor of Queensland, His Excellency the Honourable Paul De Jersey AC 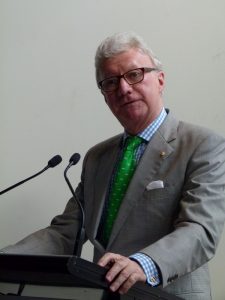 “These art works will lift the spirits of our fellow Queenslanders at a time when that need remains great in many places.

More broadly, the exhibition highlights creative responses to the experience of living in our State in the 21st century that are both distinctive to regional Queensland, yet strike a universal chord.

It is vital to both artists and audiences that these distinctive regional talents and perspectives continue to enrich our State’s visual arts landscape.” 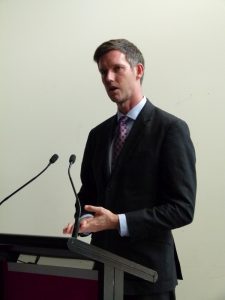 “Regional Queensland is home to many outstanding individual artists and companies.

Celebrating these artists, their achievements, their excellence and the key role they play in the creativity and vibrancy of their local communities is vital.

I commend Flying Arts Alliance, in recognition of their 45th anniversary, for this fantastic initiative and the company’s ongoing commitment to fostering the growth and professional development of regional art and artists.

In particular thanks for providing some of our most promising Queensland artists with the chance to take part in a curated, touring exhibition.

Your success is a testament to the significant role you play in the success of the state’s arts sector.” 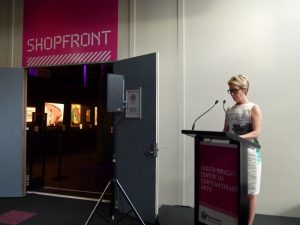 “It was a great privilege to be asked to curate this show and although daunting in some respects, it was also rewarding to have the opportunity to put together a snap shot of contemporary art from around the regions.

Not having a theme, has allowed artists to respond to what is immediate and important to them.  The amazing thing is, as an audience, we get it.

That we are not all from the same community, region, area or locale, doesn’t preclude us from appreciating what we are viewing.

In fact it brings us to a great appreciation of what art is and what it does.  At its essence, art is a reaching out, a need to recount, to share, to unpick issues, to put forward ideas and notions, to question beliefs,  to delve into philosophies, and to rattle mindsets.

This exhibition demonstrates that there are no geographical, cultural, gender or age barriers in art.”