Webinar rescheduled from August In this Webinar, Dr Ryan Presley shares his body of work Blood Money with the aim of equipping arts workers and arts educators with knowledge they can

In this Webinar, Dr Ryan Presley shares his body of work Blood Money with the aim of equipping arts workers and arts educators with knowledge they can utilise in a classroom setting. One of the primary aims of the Blood Money project is to broadcast and promote important Aboriginal people within the context of Australian history and experience. Importantly, their actions and legacies are not only respectable in terms of general achievement but also dispel many of the myths circulated via colonial occupation; that Aboriginal people were passive and lacked the will to resist colonial encroachment.

Given that money plays such a crucial role in every facet of day-to-day life, it holds an assumed intrinsic value that is deeply integrated with perceptions of wealth and ownership. This value stands as a visible symbol of sovereignty that often goes unquestioned. Ryan explains that by exploring the history of monetary development within Britain and Europe, employment of virtual and physical cash systems, capitalism and debt theory, colonialism and postcolonial theory, there is to be a much more profound and informative story to be illustrated than a portrait on the surface of a polymer note.

At the end of this webinar you will walk away with:
• A greater understanding of the Blood Money series
• An explanation of key works
• Development of Blood Money Currency Exchange Terminal
• Information to apply to classroom situations

This is the second webinar in a trilogy on Place, Kin and Language, designed to address how to connect the Arts with the cross curriculum priority of Aboriginal and Torres Strait Islander Histories and Cultures. 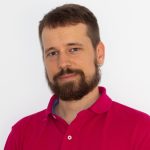 Dr. Ryan Presley was born in 1987 in Alice Springs, and currently lives and works in Brisbane. His father’s family is Marri Ngarr and originate from the Moyle River region in the Northern Territory. His mother’s family were Scandinavian immigrants to Australia. Presley’s work has been included in Just Not Australian, Artspace (2019), Trade Markings (Frontier Imaginaries Ed No. 5), Van Abbemuseum, Netherlands (2018); the 33rd Telstra National Aboriginal and Torres Strait Islander Art Awards, Darwin; and the TarraWarra Biennial: Endless Circulation (both 2016). His work is held in public collections at the Museum of Contemporary Art, UQ Art Museum, Murdoch University, and the QAG|GOMA. Presley completed a PhD at the Queensland College of Art, Griffith University, in 2016. His solo exhibition Ryan Presley: Prosperity was held at the Institute of Modern Art in 2018.